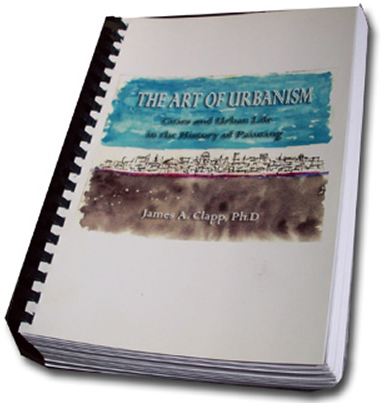 THE ART OF URBANISM

Cities and Urban Life in the History of Painting

THE ART OF URBANISM is a recently completed 65,000 word manuscript that is accompanied by 220 illustrations of painting throughout history that deal with the City and with the character of Urban Life. It is an academic book of eight chapters that follow both historical and stylistic lines in painting in what is now somewhat uncomfortably called “Western Civilization.” A CDrom is available with sample chapters. The book is under review by a publisher.

Artistic inspiration and subject matter have always been influenced by environment. For much of human experience that environment consisted of Nature and the Spiritual. With the advent of permanent settlements some twelve millennia ago the human built environment, to some degree a “work of art” in its own right, became a subject or artistic interpretation and expression. The City obviously generates great visual richness for artists. Its contrasts with the natural landscape, its varied morphology, its intensity and variety of texture, pattern, motion, and color, permute into an almost infinite number of visual and inspirational possibilities. These characteristics have been seized and interpreted in artistic modes ranging from the highly representational to the abstract, from the molar to the molecular, from the passive to the romantic, from the real to the imaginary. This chapter establishes the basic definitions for the book, its parameters, and its intent. The subjects and purposes of subsequent chapters are then briefly discussed to orient the reader.

II THE ARTIST AS URBAN HISTORIAN

Artists provided the first visual “documentary” evidence of the earliest cities. This chapter traces “urban” painting from a recently exhumed cinnabar fresco in a Turkish city nearly seven-thousand years old, through to the establishment of townscape art as a distinct and reputable genre in the history of painting by the end of the 18 th Century. Until then, urban themes held a low priority against portraiture, historical and religious events, and objects; but the appearance of the City gradually evolved from teasing glimpses through the portals and windows in religious paintings to the forefront with the emergence of townscape painters. These paintings have often provided valuable information and records of architecture, city planning and urban life before the advent of photography.

III VENICE AND THE ART OF URBANISM

Among the early practitioners of “townscape,” or vedute painting were Venetians such as Canaletto and Guardi. The chapter delves into the history of urban painting in Venice, whose special history and iconography have made it a Mecca for painters of wide ranging styles and interests. That Venice has changed far less than other great historical cities over the centuries allows for a comparison of different painting styles and techniques against a relatively constant backdrop of architectural features and urban forms. The chapter traces the historical periods and moods of the city from the days of the Bellinis to current Venetian painters such as its native surrealist Ludovico de Luigi.

IV THE AGE OF GREAT CITIES

Great cities often inspire and promote great artistic achievements. The 19 th Century was a “age” of great urban expansion and unprecedented environmental change. By its end the populations of several Western countries were nearly, or had exceeded, half “urban.” “Urban” painting had spread far and wide, necessitating the limitation of the scope of this chapter to the art of urbanism in three cities which grew to great size, underwent significant changes, and rose to the position of national and inter national centers of political and economic power. London, New York, and Paris are given individual treatment and compared and contrasted in terms of their social, economic, political, and planning and architectural features as they are reflected in painting.

V THE ARTIST AS URBAN CRITIC

This chapter examines the influence of the “romantic” movement in painting in which painters injected social commentary, emotional themes, and other personal interpretations, both positive and negative, into their works. After discussing precursors of contemporary social criticism in urban art, such as William Hogarth and Gustave Doré, special emphasis is given to the emergence of the “Ash Can School” in New York at the turn of the 19 th Century, the ambivalent view of the American city of the Regionalists, and the more strident themes of the Social Realists.

VI THE CITY AND THE MACHINE

In many important respects the City would not have been possible were it not for the development of technology. The “machine” from the simple levers and screws that formed the bases for agricultural irrigation devices, to the elevator and computer, made the City possible. This chapter takes up the influence of industrialism upon city growth and form and the manners in which industrialism and mechanomorphic forms per se have influenced the art of urbanism. This chapter opens with a discussion of the appearance in and influence upon painting of machine technology and extends to the influence of the factory and other features of industrial iconography upon painting of the urbanscape.

By the late 19 th Century the City had become the primary “home” of the painter. It provided an ever-changing source of images and inspiration, contrasting the old with the new. So also were the traditions of painting styles and expression subject to the influence of the City’s dynamism. This chapter covers the roots of modern art in Impressionism through to contemporary painting. The diverse flurry of painting styles in the 20 th Century is divided in this chapter into three parts: those styles which moved in the direction of increasing abstraction (from Cubism to Abstract Expressionism); those styles that inclined in the direction of Realism and which have been powerfully influenced by photography and mass communications media (Pop Art to Superrealism); and the “Naïve” idiom of the amateur or amateurish painter.

VIII CITIES OF THE MIND

The concluding chapter treats painters who conjure imaginary and Surreal cities. This dimensions of urban art comes from various periods and in various styles that evoke mystical, apocryphal, psychological, and existential themes related to cities and urban life. Selections of paintings discussed come equally diverse sources, ranging from painters to literary and political figures. Cities of prophecy, dream, mystery, and fantasy are treated in turn, with speculation upon their meanings and messages.

Over 220 illustrations selected from a collection of 900 paintings

Contains over 190 books and articles

The City: A Dictionary of Quotable Thoughts on Cities and Urban Life

The World Traveler’s Book Of Quizzes

The American City in the Cinema

The City: A Dictionary of Quotable Thoughts on...

The Stranger Is Me : Travels and...

The Afterlife of Suzie Wong